According to Steve Sjuggerud from Stansberry Research the new political, economic, and social forces have combined to create a “perfect storm” in the stock market. He says we’re in the midst of a “Melt Up” in the markets… But that doesn’t mean it’s time to sell yet. Here’s Steve…

Why You Shouldn’t Sell Yet?

The markets peak when there is nobody left to buy…

Unfortunately, we are getting close to that point right now. And that is exactly what makes this year different than previous years.

When music stars Snoop Dogg and Gene Simmons (of the band KISS) are talking up cryptocurrency Dogecoin on their Twitter accounts, you know speculating is starting to get out of control.

The reality is, most of these folks are not looking to become students of the markets…

Most aren’t looking to study the competitive position and profit margins of Target (TGT) versus Walmart (WMT), to determine which stock could outperform the other over the next five to seven years. Instead, most of these folks are looking to make a quick buck on the next speculation.

They are simply looking to capitalize on the “Greater Fool Theory”…

They are hoping that by buying today, there will be a greater fool than them to pay a higher price tomorrow. But think about this for a second… Once Snoop Dogg, Gene Simmons, and all the kids in the local high school have put their money to work… Where can the next greater fool possibly come from to drive prices higher?

“The single most dependable feature of the late stages of the great bubbles of history has been really crazy investor behavior, especially on the part of individuals,” legendary investor Jeremy Grantham wrote earlier this year. “For the first 10 years of this bull market, which is the longest in history, we lacked such wild speculation. But now we have it. In record amounts.”

That gets to the heart of it… Again, we’ve got rock stars (and Elon Musk!) pushing Dogecoin – which the founder admitted was formed as a joke and should never be worth much. That, to me, is “really crazy investor behavior, especially on the part of individuals.”

And right now, according to Bank of America’s latest Global Fund Manager Survey, money managers are the least fearful they have been – ever.

It’s not just money managers and celebrities that are “all in.” Individual investors – many of whom are buying for the first time – are getting on board…

An astounding 28% of all Americans bought GameStop (GME) or other viral stocks in January, according to a Yahoo Finance-Harris poll. The median investment, according to the poll, was just $150. The largest group of buyers was men aged 18 to 44. And 43% of these folks said they had just signed up to get a brokerage account in the last month.

So in both professional investors and in new individual investors, we have seen a dramatic shift in investor attitudes and behaviors. In short, basically since GameStop, we moved from a stock market boom to an investing bubble.

We may not know the exact date, but the ‘Melt Down’ is coming…

The main index of tech stocks – the Nasdaq – is within spitting distance of another record high. From its bottom in March 2020, it’s up roughly 105%. To give you some frame of reference, that is the best 14-month performance in the 50-year history of the index.

The Nasdaq has only been up over 100% after 47 weeks twice in history… The last two 100% moves ended in March 2000 and in July 1983. The stock market performed terribly, immediately after those huge moves higher… Take a look:

The last two times in history that we saw the market up over 100% in the same short period of time as today, the Melt Down was knocking at our door. It’s as simple as that.

The FINAL Melt Up

Every market move of the last six months has been leading to this exact moment: your last chance for life-altering gains. If you’re over the age of 50, you won’t see this opportunity again. And these 13 investments may be the difference between missing out for good… and catching the biggest wave of wealth in history.

So why not just sell now?

You might be thinking, “Steve… If all this is true, why even participate? With the Nasdaq up more since its bottom than at any other time, why not just sell now?”

Market commentator Josh Brown explained it best recently in his blog The Reformed Broker. Talking about cryptocurrencies and crazy investing ideas, he said, “That sounds stupid… I’m buying some just in case.”

With 6% economic growth, plus zero percent interest rates, plus millions of people sitting around on their phones all day speculating in stupid sh!t on the internet, your regrets will multiply daily, as said stupid sh!t continues to grow…

The Greater Fool Theory is in effect right now. There aren’t many more people left to buy, in my opinion. All we are down to is those new investors putting more and more money to work.

That’s not enough to keep the bull market going forever. But it does mean prices can rise from here.

You never know just how high a boom can go on…

As the saying goes, “Markets can remain irrational longer than you can remain solvent.” That goes for booms, too.

And we want to be on board for as much of it as possible… no matter how stupid it gets.

I lived through the boom that peaked in March 2000. It was a crazy time… And the “stupid” gains were piling up. In January 2000, I issued the most serious warning of my career to my 40,000 subscribers. I wrote…

As long as the mania continues, we’ll continue to hold and even buy the best participating companies… How can we buy stocks when we know it’s reached the mania stage? It’s easy, we have a disciplined system of investing that’s been proven to make money.

In short, we had an exit strategy – just like we have 21 years later. 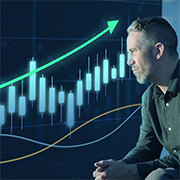 How Nancy Pelosi could skyrocket certain stocks by July 4th

After Biden’s first cabinet meeting, Nancy Pelosi is now set to trigger a frenzy in certain stocks by July 4th 2021. That’s why according to legendary investor, Chris Rowe, those who position themselves now will have the opportunity to see life changing gains.

Here’s how it went down back then…

The market peaked in March 2000. Our exit strategy signaled for us to get out of most of our positions in April 2000. At the time, selling our positions because they hit their trailing stops felt like I was failing my readers. Times seemed so good. It felt so wrong to sell!

But in the end, it was by far the right thing to do. I had no idea that the market would keep going down, and down, and down… eventually bottoming – years later – in 2003.

This Melt Down will be brutal too. It could last for years… which means investors are potentially facing years of poor returns. This could be the last chance many of us get to make irrational gains in the U.S. market.

So just like I did in 2000, in the last Melt Up, I will follow my trailing stops… And GET OUT WHEN THEY ARE HIT.

That is our exit strategy. It is the only thing that will protect the gains you have made… and keep you from losing more money when the Melt Down arrives.

Another thing you must understand is this: There is no foolproof signal for the start of the Melt Down. Stocks start to fall, and people get excited that they can buy more of their favorite names even cheaper.

Most people will be extremely tempted to buy more when stocks start to fall. That is the wrong thing to do.

I realize you are excited about the market… and about the gains you’ve been making. Don’t let that get in the way of your clear thinking.

It’s time to prepare for this extraordinary shift in the markets...

If you think what we’re seeing right now is crazy, it’s nothing compared to what I predict the next six months will bring.

I believe these will be the most important months of your financial life to date… And the decisions you make now could affect your wealth for the next decade.

I explained the whole story in a brand-new presentation – get the details right here.