The 2022 Wall Street Exposé is where Herb Greenberg is going on air to explain the rare “backdoor” that recent market turbulence has created which could make you a great deal of money.

Who Is Herb Greenberg?

Herb Greenberg is a veteran financial investigative journalist who has covered Wall Street for CNBC, the Wall Street Journal, Fortune, the Chicago Tribune, and more.

Wired to be a skeptic, his work has exposed the ugly side of Wall Street for decades. His work has resulted in death threats and stolen phone records, and even sent multiple CEOs to jail.

In this essay, Herb details the three lessons he learned working in the industry… and how his “detective work” prepared him for his newest endeavor at Empire Financial Research.

Herb Greenberg: How I Became One of the Most Hated People on Wall Street

Throughout nearly four decades as a journalist, I unintentionally became known in some circles as “the worst man” on Wall Street.

However, I didn’t set out to make enemies…

My first job out of college was with the now-defunct Boca Raton News, where I was the paper’s first business reporter. Next, I spent a year working for Amusement Business until I decided to get back to daily journalism. (As it turns out, covering carnivals and circuses prepared me for my days of covering Wall Street!)

Eventually, I moved to New York to become the Chicago Tribune‘s financial correspondent, where I covered Wall Street as well as several prominent insider-trading trials.

I call myself one of the most hated men on Wall Street because my exposés would sometimes result in a company being shut down, executives going to jail, and people losing their jobs.

Obviously, these outcomes bothered me… But I was proud to be that rare journalist who stopped at nothing to get the full – and often ugly – truth. I had to avoid the traps people in this business set to get you to shut up.

For example, I remember investigating a hot tech IPO called Media Vision back in the 1990s…

The Bay Area-based company made sound cards for computers. CEO Paul Jain was aggressive, determined to ride all that dot-com money to an all-time high.

He started cutting corners. In particular, he would allow his company to book a profit on products they hadn’t even made yet.

Your typical journalist might have just quoted a few angry employees and run the story without any further research.

I got my hands on the actual receipts… which showed falsified revenue numbers on parts that were on a slow boat from China.

But even that wasn’t enough evidence for me.

I worried my sources at the company were falsifying these documents, perhaps trying to trick me into publishing a libelous story so they could sue me.

So I met with other employees and gathered receipts and documents from as many sources as I could.

What I discovered shocked me… 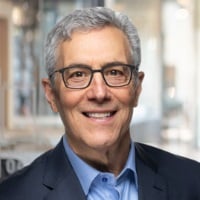 The massive shake-ups this year have opened a once-in-20-years backdoor that could transfer money from Wall Street’s wealthiest investors into your account… Discovered by a man whose exposés in Fortune, the SF Chronicle and TheStreet.com have brought him death threats.

The financial engineering was worse than I could have imagined. As I wrote at the time in a column in the San Francisco Chronicle…

According to a statement by Ron Svasek, Media Vision’s former credit manager, the company capitalized the cost of its annual Christmas party in 1993 – a lavish affair at the Fairmont Hotel in San Jose. By capitalizing expenses, companies defer recognizing them until a later date. It’s perfectly legitimate if a company believes the expenses are tied to something with future value, such as sales.

At Media Vision, Svasek says the company capitalized the Christmas party because it felt that “no real benefit would be derived from the party during the last week or so of 1994… I guess that’s just somebody’s idea of rationalizing and justifying a lavish affair.”

The company was also hiding products in its warehouses so that its returns wouldn’t hurt its earnings… and was knowingly shipping out defective items.

In my due diligence, I even discovered that Jain had been fired from a previous job for what court filings described as “his use of dubious and unethical business practices to overstate revenues and earnings.”

I remember setting up an interview with one Media Vision employee who had me worried for my safety… I thought, “Can I trust him? What if he shows up to my office with a gun?”

So I arranged our meeting in a big glass room in the lobby of the San Francisco Chronicle headquarters. And I told my colleagues who I was meeting with, in case something happened to me.

That meeting gave me what I needed to piece together dozens of line items on invoices matching up with parts from a third-party manufacturer. And I determined the company was, in fact, booking revenues on products that hadn’t been assembled yet.

Still, Media Vision’s stock price continued higher… for a while. After it rose 22% following one of my short reports, Jain triumphantly called me up to say, “That confirms that this is a high-quality story.”

Several months later, Media Vision reported dismal earnings. Its stock, which peaked around $46 in January 1994, was trading below $2 by the summer… And the company – which was the fastest-growing publicly traded company in San Francisco a year earlier – ultimately filed for bankruptcy, sold off its product line, and changed its name.

And Jain and his CFO ultimately went to prison for securities fraud.

The Media Vision story taught me a few valuable lessons…

For one, some executives will do whatever it takes to juice their earnings in an attempt to justify their companies’ share prices.

Two, I take what many CEOs say with a grain of salt – especially those who share Jain’s bravado and bluster.

Of course, that’s not to say that all CEOs are lousy. In fact, some of them are the stark opposite. But others are so concerned about their share prices that they’re willing to do whatever it takes to push them higher.

And three, movements in stocks often have little to nothing to do with the business itself.

Sure, every investor wants his stocks to go up… That’s human nature. But sometimes stocks rise simply because of unsustainable momentum.

As we’ve seen over the past couple of years, information has never flowed faster. Nowadays, you can even get “hot stock tips” on Twitter (“FinTwit”), TikTok (“FinTok”), and Reddit (WallStreetBets), where anonymous users hiding behind a generic username pushed “stonks” like GameStop (GME), AMC Entertainment (AMC), and Hertz (HTZ) to unbelievable heights.

It’s all really a game, and in the end, as we all know… it works until it doesn’t. You can justify all kinds of valuations using all kinds of wacky metrics as long as stocks are going higher. It’s funny how some of those methods of valuation look so silly after the fact.

Is it different this time? No – just as it wasn’t during the bubble. When the music stops you still need to find a chair. It’s remarkable so many investors still haven’t learned that lesson. What’s happening, after all, is so 1999. Except that instead of Amazon, we have Overstock.

Though my days of finding stocks to short are largely in the rearview mirror, I’m still wired to be a skeptic…

These days, I’m using everything I’ve learned over the past 48 years to find compelling stocks to buy.

I’m leveraging my invaluable network, including my brilliant colleagues at Empire Financial Research, who have successfully managed their own hedge funds, worked at the top Wall Street firms, and generated billions of dollars of profits for their clients.

In short, I’m shaking all of the trees in search of the next great investment ideas.

On that note, I’m thrilled to announce that I’ll finally be able to share my findings with you soon through my first financial newsletter. It’s launching next week… and I hope you’ll join me.

What Is The 2022 Wall Street Exposé with Herb Greenberg?

The 2022 Wall Street Exposé with Herb Greenberg has been scheduled to take place on Thursday, March 24, at 8 p.m. Eastern time when Herb is exposing what’s really going on in the markets today.

He’s going on air to explain the rare “backdoor” that recent market turbulence has created… which could make you a great deal of money – at the expense of some very rich people.

Make sure you’re ready for the biggest untold investment of 2022 by reserving your spot for this event right here.